No, I want to stay in the current eShop

Yes, I would still like to change the eShop

Take advantage of the My Bürkert customer portal and our eShop:

Unfortunately, we are temporarily unable to provide you with functionalities such as our eShop or the availability and price check.

Please contact your Bürkert representative immediately so that you can use your account again without restrictions as soon as possible. You can find direct contact options with just one click in our My Bürkert area.

Share via email
Some fields are missing
send eMail

You are using an outdated browser. Unfortunately, this does not allow us to guarantee that our website can be used without any errors. The use of outdated browsers often leads to low speed and security problems, too. We recommend that you install a new version or an alternative browser to get the full functionality of our website.

The Bürkert array of solutions for oxygen use

Do you know our solenoid valves, proportional valves and process valves with oxygen suitability? Get an overview and contact us if you would like a personal consultation. You can also easily order our products online:

Unable to display product type with the given sku. 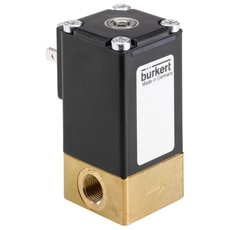 Are you wondering why special solutions are necessary for oxygen applications? In the following, we shed light on the central facts of this topic.

Oxygen is a colourless, odourless and tasteless gas under atmospheric conditions (T = 18 °C, p = 760 mm Hg). It has a share of 21% volume in the atmosphere.

Under certain conditions, oxygen reacts easily with most elements and forms corresponding oxides. It is also necessary for burning. In the case of oil and grease or textiles that are contaminated as a result, such as cleaning equipment, oxygen can lead to self-ignition.

Oxygen is an indispensable tool in a wide range of industries and processes.

To name just a few examples, the medium is used

Substances that burn in the air behave much more intensively in pure oxygen under normal pressure. In a pure oxygen atmosphere, explosive burning is possible under increased pressure, as less energy is required for ignition under these conditions.

There are many materials that do not burn in air but do react in pure oxygen under the same conditions. In these cases, too, the risk of fire is exacerbated by higher pressure, as the number of flammable substances increases once the pressure rises.

Three factors are crucial for igniting a fire: an oxidant, a fuel and a source of ignition. The absence of one of these three components usually prevents the occurrence of a fire.

Suppose that pure oxygen flows under increased pressure in an industrial plant. Components inside the valve, pressure regulators, pipelines and pipe fittings become fuel. Oxygen is the oxidant and the compression of the oxygen also provides the ignition energy.

If oxygen is released from a high pressure to a lower one, this can reach the speed of sound. If it encounters a resistor at this high speed, its temperature rises due to adiabatic compression. This is because no thermal energy can be transferred to the environment in the short time during compression. If the outlet pressure increases, the temperature rises.

Due to the rising temperature, the compression point of plastics, organic compounds and small metal particles is reached in an application where the heat generated by combustion is sufficient for ignition.

Contaminants, protruding metal particles and dirt particles that do not usually burn can become so hot that they can cause a fire or an explosion in addition to impact energy and frictional heat.

In summary, we are talking about ignition mechanisms that can be divided into particle impact, mechanical impact, friction and heating under pressure.

Good risk management is particularly important. This includes the production of the plant as well as the operation and maintenance thereof:

Cleanliness is the highest priority during installation, so no organic compounds or particles can enter the area with the pure, flowing oxygen. Because of the risk of ignition, all plant components that come into contact with oxygen must be cleaned and clean for oxygen operation, insofar as technically possible. They must be free of slag, rust, welding residues, blasting material, oil, grease, solvents, as well as other foreign substances and foreign particles (packaging, rust inhibitors, machining chips). In this context, the usual greasing, such as when installing pipelines in the system, must be strictly dispensed with. Contact with oily cleaning cloths or greased hands is also to be avoided. Clothing soiled with oil or grease should not be worn when handling oxygen.

It is therefore important to pay particular attention to the right choice of components during production and maintenance. On the one hand, these must be produced with the highest level of cleanliness in order to avoid contamination, and on the other hand, they must be compatible with the medium and the resources used.

The Federal Institute for Materials Research and Testing (BAM) provides information on which components can be used in processes with oxygen flow. “BAM approval” is colloquially understood as testing non-metallic media-contacting materials (e.g. seal materials) for reactivity with gaseous or liquid oxygen at different temperatures and pressures.

In addition, the M 034 information sheet of the BG RCI (Trade Association Raw Materials and Chemical Industry) must be observed. The information sheet covers characteristics and properties of oxygen, hazards and protective measures when handling oxygen and oxygen mixtures, as well as recommendations for the procurement and operation of oxygen plants.

What role do valves play?

A valve becomes fuel – e.g. through its diaphragm, a small spring or a filter – from the moment a self-sustaining fire ignites there. Particles in the gas stream, as well as heating under pressure on an elastomer seal or a dirty surface can be triggers for the ignition. Obstacles that cause heating under pressure are also dangerous. These include closed valves or pressure regulators on which the gas is compressed. Heating under pressure can also occur in the valve itself – e.g. due to a valve seat opening straight or at the output of a partially opened controller.

The production of oxygen valves as a safety factor

At Bürkert, when developing valves for oxygen applications, we pay attention to the selection of the right materials and manufacture them under very high standards of cleanliness. All components in contact with the media (non-metallic seal materials, plastics and adhesives) must be suitable for use with oxygen.

Certain cleaning processes and cleaning agents in production ensure that the end products are sufficiently cleaned and clean for operation with oxygen. Here you get a small insight into one of our “grey rooms” where oxygen valves are also manufactured: 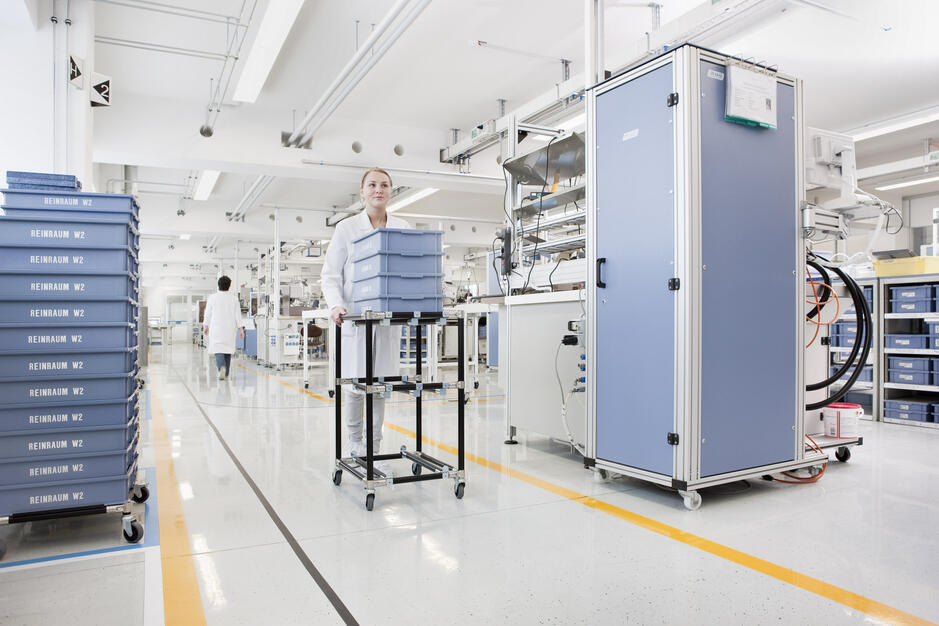 In the production of valves suitable for operation with oxygen, we satisfy the following conditions:

The valves receive a unique identification code for oxygen suitability and receive a special final packaging.

The manufacturer declaration (i.e. the material approval regarding reactivity with oxygen for the non-metallic materials coming into contact with substances) is adequate. While it is fundamentally possible to have an entire device approved, this is usually only done from a maximum permissible pressure of 100 bar. Only at these high pressures are the non-metallic materials (seals) tested in the constructive environment.

Would you like to have a chat with us on the subject of oxygen? Please contact us!

You can communicate with Bürkert through a variety of channels. We are here for you!